The Indonesian government has developed a Health Insurance program National Social Security Administering Bodies (BPJS) Health. One of the ways to pay for health services for hospitals in Era JKN is the Indonesian Case Base Groups (INA-CBG's) payment system, namely the amount of claim payment by BPJS Health to the hospital for the package services based on diagnosis of disease and procedures. This study aims to analyze hospital real rates and INA CBG rates on the action of sectio caesarea and to find out the efforts made hospitals to cover INA-CBG's shortfall in claims costs. Types of research Qualitative descriptive conducted by in-depth interviews. Research sites at the hospital. Imelda Indonesian Worker having his address at Jalan Bilal No. 24 Kelurahan Pulo Brayan Darat I, East Medan District. The research was carried out since months January 2019 until finished. The population in this study is claim data delivery of inpatients who performed sectio casearea at month March and April as many as 143 cases The samples in this study were all population of 143 cases. The results showed that the difference in real rates hospital and INA-CBG rates on Sectio Caesaria at RSU. Imelda Worker Indonesia Medan in 2019 amounted to 73% of the real hospital rates exceeding the tariff INA-CBG's with a total difference in costs reaching IDR 199,661,028. and 39% real hospital fee less than INA-CBG's package rate. Efforts are conducted by the RSU. Imelda Indonesian workers to cover the shortage of costs INA-CBG's claims include using students who come from schools Imelda's own foundation, set the Sectio Caesare service package on general patients and providing supporting facilities. Suggested to RSU. Imelda Indonesian workers evaluate the financial risks received from services Sectio Caesare and evaluating the distribution of INA-CBG's claim costs for services Sectio Caesare is up to standard.

Download data is not yet available.
Published
2021-06-01
Issue
Vol 3 No 2 (2021): Britain International of Exact Sciences Journal, May
Section
Articles 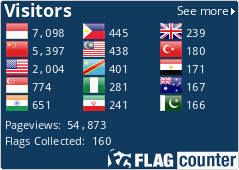